Dakota Produce
Dakota Produce is one hour of music dedicated solely to the artists of Bismarck/Mandan and North Dakota. If you have locally produced music you would like us to consider, please call 701-258-8767 or email info@radioaccess.org.

Dakota Produce airs on Mondays at 10 AM, Tuesdays at 4 PM, Thursdays at noon, and Saturdays at 2 PM.

Ear Candy
Ear Candy is one hour devoted solely to the gratification of your auditory system. Recorded at SkunkWoman Studios, nestled on the banks of the Coyote Creek, the program is a delicious hand-picked revue of musical confections, including alt-country, alt-rock, vintage rock and filthy blues. Ear Candy airs Saturdays at 5 PM, and Tuesdays at 3 PM with new shows premiering on Fridays at 9 PM.

Steamer’s Blues
Hear the best in new and classic Blues sounds each and every week from legendary performers as well as regional and local acts as well. Steamer enjoys modern electric/contemporary Blues, but listeners are sure to hear all styles including Delta/Country and even Cajun Blues. Steamer’s Blues airs on Mondays at 8 PM, Saturdays at 6 PM and Sundays at 11 AM with new shows premiering on Thursdays at 8 PM.

Steve Stelton
Steve Stelton or Steamer as he is known, got hooked on the Blues in the mid-90’s after friends took him to the legendary Blues Saloon in St. Paul, MN. Steamer began booking national, regional and local Blues bands in 2007 and has become a well known advocate and respected promoter in the Blues world. Steamer also founded and remains heavily involved in the Bismarck/Mandan based Muddy River Blues Society.

The Cuckoo’s Nest
The Cuckoo’s Nest is a place where everyone can tune in and roost or perch their ears on some music that they may or may not be accustomed to. Each program’s playlists are created using a specific theme or idea for the base of the show. The music is then tailored around the main theme to fit the show. The idea is to always keep the listener listening and wondering what might be next? To keep everyone on the edge of their (Listening) seat: An audio WACKYLAND! The Cuckoo’s Nest airs on Tuesdays at 7 AM and Saturdays at 7 PM.

Over the years Martin and Wren have discovered many unknown tracks that need some airplay; and now for the first time, they can dust off their records and play some amazing music on the radio!

Martin Waxwing & Wren Sparrow
Martin Waxwing and Wren Sparrow are life-long music enthusiasts that share a love and passion for all different kinds of music. They have roots in the community putting together local events and volunteering towards various arts and music causes in the area.

Listen to The Cuckoo’s Nest

Celebrate one of North Dakota’s cornerstones of musical culture! The program features Polka, Waltz, and 2-Step acts from all over North Dakota and Minnesota, South Dakota, and Montana. Music can be submitted by emailing info@radioaccess.org. North Dakota Polka airs Sundays from 2pm to 3pm.

Wandering Minstrels with Jared Ingersol
The show spotlights a wide variety of folk music, from the traditional, to the contemporary, to the cutting edge; all its offshoots and branches — music from all around the world. Wandering Minstrels airs on Wednesdays at 9 AM and Sundays at 9 PM with new shows premiering on Sundays.

Jared Ingersol
Jared Ingersol proudly represents an outstanding roster of some of the finest artists in folk, jazz, acoustic, and Americana music. His roster is comprised of storytellers and musicians that connect with, entertain, and inspire their audiences, and Ingersol is dedicated to helping spread their music.

Anthony Spooner
Anthony Spooner grew up listening to country music. He was raised on everyone from the Statler Brothers to Dierks Bentley, Sawyer Brown to Toby Keith, Lonestar to Brad Paisley, and Diamond Rio to Josh Turner, to name a few. His love of country music is poured into each episode of The Country Power Hour to make sure you get the most out of it you can.

Listen to The Country Power Hour

Shannon Huber is a licensed addiction counselor for the Heartview Foundation.

The Phonofort
The Phonofort is a program dedicated to vinyl culture and my appreciation for music. The purpose of The Phonofort is to showcase overlooked, obscure and foreign artists from my record collection who never got the airplay they deserved. Also, my aim is to expose listeners to a wide array of music not available to them and to expand their musical tastes. Listeners can expect to hear many genres of music from around the globe, spanning decades to present day. The Phonofort airs on Tuesdays at 1 PM and Saturdays at 4 PM.

DJ Antiquity
DJ Antiquity is a Bismarck native who has been spinning records for half a decade and traveling near and far in his pursuit of music.

City Current
With a focus on Bismarck and Mandan city government issues, City Current presents information on City Commission actions and department activities, why they matter, and where citizens can go for more information.

All programs are available as a video viewing link at freetv.org.

Park Talk is an interview program talking about the great parks, programs, and developments in the Bismarck and Mandan Parks and Recreation Districts. Each show features a different employee or official from the districts. Park Talk airs Mondays at 12pm, and Fridays at 8am.

Brother Jeremiah Loudenphat is the world’s foremost combat televangelist and is the world’s record holder in fast draw evangelism, having once saved a man from the pits of Hell using only half a Bible verse from Deuteronomy. He once swam the English channel – backwards; climbed Everest – blindfolded; and memorized the internet – all because of God’s blessing. The leading expert scholar on the hyperbolic anointing (patent pending), until recently, Loudenphat was on the move practicing his ministry in a mobile satellite unit that operated as a pirate radio broadcast tower, taking over random FM radio frequencies. (Which is a federal offense) However, Brother Loudenphat was apprehended by federal law enforcement while in the hospital after contracting Covid-19 (because he refused to wear a mask, claiming the germs were scared of his freedom). He is now serving a sentence of 147 years in the North Dakota State Penitentiary for fraud, racketeering, embezzlement, transporting stolen goods across state lines, tax evasion, and violating agricultural quarantine laws.

Walt Allen
Walt Allen is a Voice Actor for animation, commercials, video games and audiobook narrator and author. He has been reluctantly associated with Jeremiah Loudenphat for over 20 years. He lives in Mandan, ND. He has narrated over 35 titles on Audible.com and counting, has produced other audiobooks with other narrators, and his website is WaltAllenVoice.com.

A daily, global, independent news hour anchored by award-winning journalists Amy Goodman and Juan Gonzalez, Democracy Now! presents daily headlines followed by in-depth discussions from a rich diversity of people and perspectives rarely heard from in mainstream media. Guests include international journalists, scholars, scientists, authors, analysts, artists, filmmakers and ordinary people who are most affected by news events in the US and around the world.

Each batch of Rock Stew covers a different savory mix of rock music over the last 50 years. You’ll hear theme episodes with acoustic, alternative, psychedelic and just plain kickin’ rock and roll from AC/DC to ZZ Top. You’ll also hear some rock theme shows like Colours, Time, Space and seasonal specials such as Summertime and Christmas. It’s not your over-played classic rock program. Some of the bands and tunes you will know and some you may not. Grab your air guitar, hold on to your guitar pick, turn up the volume and rock on! Rock Stew premieres Thursdays at 9 pm with additional airtimes on Saturdays at 3 pm, and Mondays at 11pm, and Wednesdays at 12am.

“Spalding, this calls for the Ole Billy Barule.” Billy was born the year Bill Haley & His Comets recorded “Rock Around the Clock.” His life was changed the first time he saw the Beatles on The Ed Sullivan Show. He still has his first record – the 45rpm single “She Loves You.” He was totally fascinated by the British Invasion, the music explosion of the 60s and the evolution into various forms of rock. He still loves rock concerts, playing guitar and blasting the sub-woofers in his car.

It’s a simple idea. With every episode, Rob Dixon talks to fellow musicians, songwriters, and performers from the Bismarck and Mandan area. They dive deep into the craft they love and why they enjoy it as they take listeners on A Musical Journey.  Episodes air Mondays at 9am, Wednesdays at 9pm, and Saturdays at 1pm.

Gus Lindgren has a hard time saying no to music. He has been the keyboard player for a number of Bismarck bands since 2013 including Boreal Gardens, Wildly Appropriate and the Shaky Calls. Gus owns and operates Rhythm Records Music Cafe in Bismarck and is Rob Dixon’s successor as host of A Musical Journey.

Listen to A Musical Journey

The Red Gaze is a Native-based discussion of popular movies made about Indian people. Regular podcast hosts Dr. Cheryl Kary, Moriah Crow Eagle, and Nils “Ben” Landin, are joined by occasional guest hosts to critique the white gaze used in the making of movies about Indian people and enjoy what films get right about Native people.

Cheryl Kary, Ph.D., is the Executive Director of the Sacred Pipe Resource Center, host of The Red Gaze. She is Yanktonai Dakota and enrolled in the Standing Rock Sioux Tribe. She is a dedicated introvert, enjoying reading and movies and peopling in moderation.

Moriah Crow Eagle is a member of the Piikani Nation in Southern Alberta, Canada. Her favorite films are The Godfather, Reservoir Dogs, and Dance Me Outside. “We love films because they make us feel something, they allow us to escape and dream.” Follow her on @Momeiah02 on Twitter.

Nils Landin is a Dakota/Tlingit from the Standing Rock Nation. He is a proud father of three beautiful children (Sophie, Elijah, and Nelenah). When not busy with work, he enjoys pow-wows, gambling, and FOOD.

Listen to The Red Gaze

RADemic Radio is a one hour long radio program that airs Wednesdays at 1pm, Fridays at 7am, and Sundays at 7pm. The program highlights a variety of musical genres from past to present with your host Dr. Jon E. Fever (Jon Eide)

Eide is a Bismarck native, former record store employee, and area musician that has performed across the Midwest in various bands through the years.  RADemic Radio works in collaboration with Dakota Media Access which adheres to FCC regulations and DMA community values.

On The Menu is a one-hour program featuring varying themes or genres with each episode. Selections range from blues to soul, hip hop to reggae, and from rock to Americana. Host Chez Beatz enjoys diving deep into dusty cd and vinyl collections, and exploring the depths of digital platforms in search of classic and contemporary music seldom heard through mainstream media. The weekly program can be heard Tuesday at 9am, Saturday at 12pm, and Thursday at 3pm.

Listen to On the Menu

During college, Mariah spent many hours spinning records and CDs at the student-run radio station. Tune in to hear her weekly mash-up of oldies to aughts…and even some brand-new stuff!

Dakota Growing is a gardening podcast produced by NDSU Extension and Dakota Media Access. Horticulturists Kelsey Deckert and Tom Kalb discuss and provide tips about caring for your lawn, garden and trees. There is no gardening question they can’t answer. Listeners can submit questions by calling 701-221-6865 or emailing NDSU.Burleigh.Extension@ndsu.com. Dakota Growing airs on Radio Access on Sundays at 3pm. Dakota Growing is also on TV, and can be viewed on Community Access, Channel 612 HD or at dakotamediaaccess.org/community 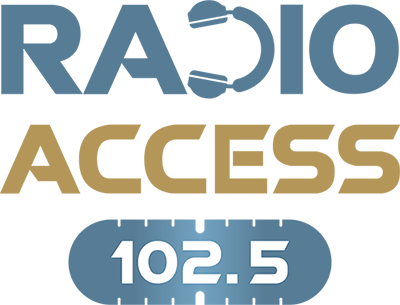